It’s no secret that Mr. TheKing often needs more than a hint when it comes to gift giving. My realization of how bad his lack of intuition for gifting was solidified a few years ago when he got me, (or rather, himself), a bottle of cologne for Hannukah in hopes that it would somehow benefit him in more ways than one. It did not… At least not that crazy night. To be fair, we had agreed not to get each other anything, so at least he tried?

The following Christmas I gave him a short wish list and told him that anything on the list would be appreciated. I also left him with a specific request to not get me a purse or appliance. He went rogue and got me both. He delivered it by giving himself the appliance so that I could make one of his favorite recipes and then put the purse in the appliance box. Well delivered, but not well received. I should note that he is known for his practicality and I do use both regularly, but that’s not really the point…

A few months later I took matters into my own hand and bought myself a ring for Valentine’s Day. I actually wore it out, then wrapped it and gave it to him to give back to me. He was very surprised by what he got me, especially because we don’t really celebrate Valentine’s Day. 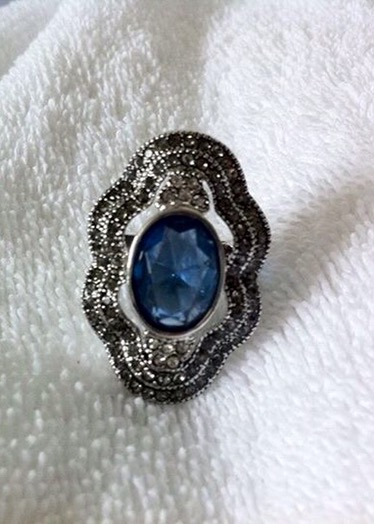 Last year for my birthday he went above and beyond. MTK planned an awesome surprise party for me. Unfortunately, he had to ruin the surprise by telling me about it the day before while on a 14 hour drive because he realized that inviting 50 people over to the house the day after you get back from a family trip maybe isn’t ideal. However, I will say that although I wasn’t surprised, I’ve never unpacked from a trip so quickly and it really was a fantastic party and sentiment.

That all being said, below is the conversation we had at lunch yesterday about the gift he got for my upcoming birthday:

MTK: You’re coming home in 2 weeks from the shore, right?

Me: Yes. 2 weeks from yesterday.

MTK: Ok. That gives me 2 weeks to build your birthday gift.

Me, raising an eyebrow in curiosity and fear: What do mean, “build?”

MTK: I just have to figure out how to put it all together before you get home.

Me: Um, is it something from my wish list? I don’t recall asking for anything that needs to be built…

MTK: No. It’s not something that you want.

Me: Super! Is it for the house?

Me: Is it for outside?

MTK: Nope. It’s not anything you’ve ever mentioned.

MTK: Probably not. But I did put a lot of thought into it.

Me: Is it something I need?

Me, now laughing: So let me get this straight. You got me something I don’t want, don’t need, and have never mentioned?

Me: Awesome. I’m not sure if I want to know now so it gives me 2 weeks to prepare and get over it, or if knowing will make me angrier over the next 2 weeks so you should keep it a surprise. I’m just gonna go ahead and be grateful you planned something and cross my fingers for the best.

MTK: Just remember, it’s the thought that counts and I put a lot of thought into it.

Stay tuned for the big reveal…